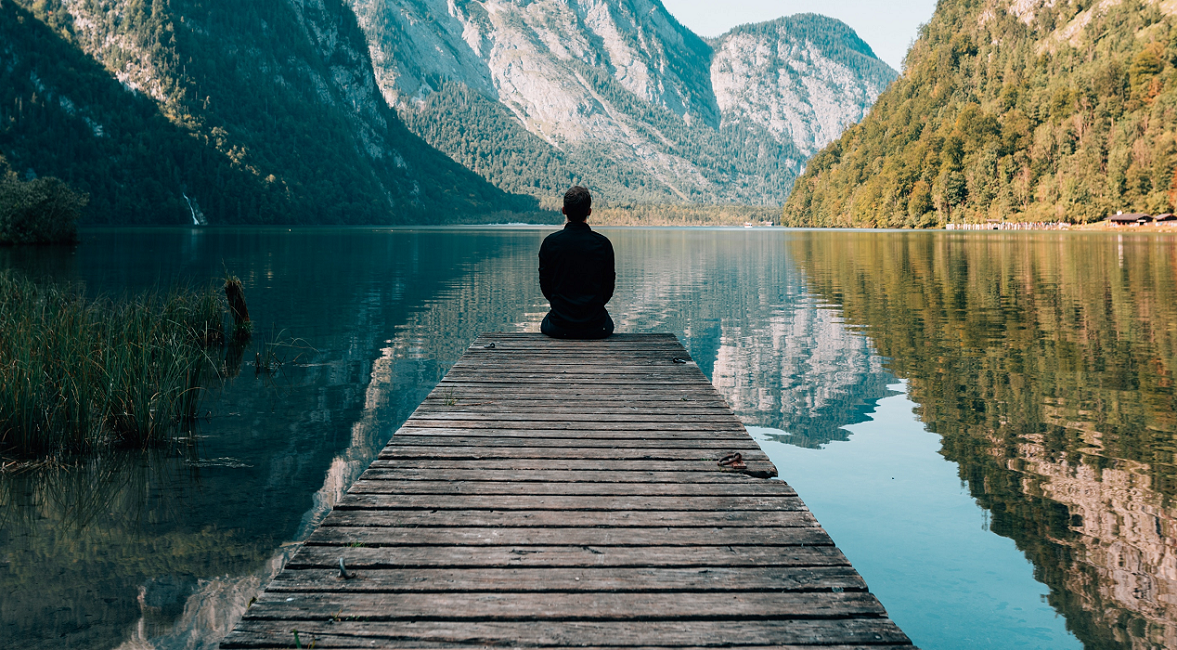 On questioning the way things are: An antedote to existential dread

We are all taught to be future oriented – to enkindle a vague glimpse of a tomorrow that emphasizes values such as achievement, success, and perhaps most importantly, happiness. These values seep into nearly every aspect of human life, affecting everything from purpose and meaning to our perceptions of self-worth. In the Western world, for example, meaning is generated through the endless pursuit of material possession, determined by a shifting array of objects that weave in and out of fashion. In the domain of work, material posession is replaced by an endless grind that sees us chase the next degree or deliver the next project in the hopes of climbing onto the next rung on the corporate ladder. This never-ending cycle to acquire more or to achieve the next thing hinges on the implicit assumption that happiness is around the corner, behind that thing that we are currently striving for. Most of us will buy into these assumptions – our culture more-or-less demands it. We therefore live our lives as actors on a pre-set stage tied to the symbolic whims of the society in which we find ourselves embedded in. As the world becomes increasingly globalized, we are converging on what perhaps might be deemed as a default template for being: a sort of almagamation that blends the concepts of consumerism, hustle culture, and hyper self development. Deviations from this set path are often looked unkindly, leaving many of us lost and fearful. The experience is akin to a poem by an English Poet:

I, a stranger and afraid
In a world I never made.

In this environment then, it becomes exceedingly difficult to separate truth from illusion. To question these assumptions is to open Pandora’s box. And to question one’s self is to be put in the uncomfortable position of entertaining the possibility of changing one’s course. It is no surprise then that many of us blindly follow down a path that sees us accept a comfortable illusion; to buy into a version of reality that is freely given, easily digested, yet impossibly difficult to follow – the classic ‘choice’ between red versus blue pill. A choice that sees one acquiesce to a pre-set direction for fear of being different. Beyond this uncomfortability, however, is the possibility of a more authentic way of being; that is, if we entertain the daunting task of having to create it for ourselves.

It all begins with a simple step: questioning the way things are.

The art of questioning; lessons from Socrates and Spinelli

Questioning is hardly a new concept. Socrates, for example, famously stated that “the unexamined life is not worth living”. Blindly living, for Socrates, meant the denial of the most important part of what it means to be human. Similarly, existential psychologists like Spinelli sees questioning as a process by which we “thingyfy” experience – to impose structure to make sense of our experiences in order to generate sedimentations. Sedimentations, first coined by Merleau-Ponty and later expanded by Spinelli, are defined as fixed patterns of dispositions, feelings and behaviours that persist over time and which shape and direct our experience towards self, others, and the world. In essence, sedimentations form the foundations of our world view – the structural building blocks for what we determine to be true or real. For Spinelli, the existential angst, then, can be understood as the struggle between our awareness that change is a constant and our insistance, if not outright need, to maintain sedimented constancies that limit or exclude change. By means of experiential access to what is happening in the here and now, we question and examine the sedimentations that have taken form – to interogate them for their validity, to examine if they are still fit to hold up our collective worldview.

Socrates and Spinnelli teaches us that questioning is not only an essential part of what it means to be human, but stands as the very tool for which we may discern truth from illusion. Meaning from the mundane. Hope from despair. To not question is to fall slave to these cultural illusions and by extension, to live a life that may ultimately be inauthentic. Many of us bear witness to the impact of someone who is living such a life; mere husks of human beings who clock in and out of work, going through the motions, with layers of unhealthy coping mechanisms masking a diminished will to live. A truly zombified existence.

To reverse course is to begin to question intently. But beyond this, one needs to create a framework that sees questioning as the primary mechanism for sense-making. To place seemingly simple questions such as “What is really important to me” or “What should I be doing?” atop the highest order of meaning by seeing them for what they are; a call to action to return to what is most important to us.

There may be no easy answers but the process of questioning is often rewarding in and of itself.