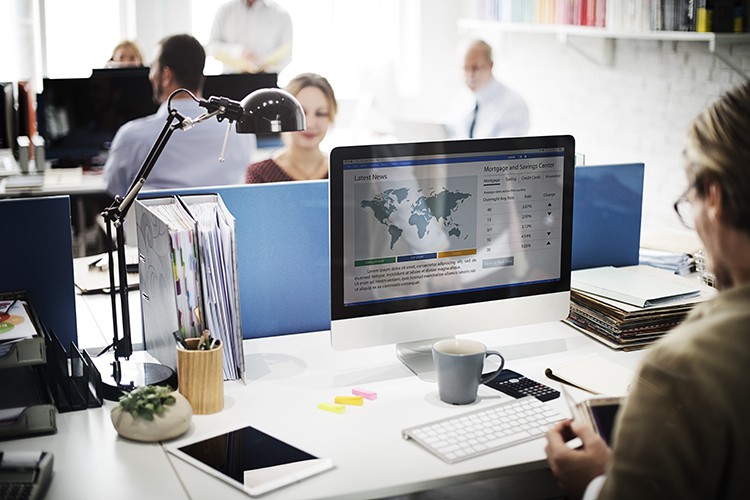 The Psychology Behind Neat & Messy Workspaces

Cups of Coffee all over the place? Piles of folders bursting at the seams? 3 chrome windows with 20+ tabs on each? (yes to all of the above!) If this scenario is all-too-familiar, then you’re probably in the messy camp. But that’s okay, because you’re in good company with the likes of Mark Twain, Mark Zuckerberg, and even Albert Einstein, to name just a few.

The collective wisdom  is that messiness is synonymous with creativity. If you’re in the messy camp, you’ll be pleased to know that there’s actually some science to support this.

To answer this age-old conundrum, researchers typically randomly assign participants messy or tidy desks and measure how they behave. In one such example published within Psychological Science, Kathleen Vohs found that participants within the messy condition/room were able to generate more novel, as well as more creative ideas. The results, as Vohs puts it is that;

And this is somewhat intuitive; we’ve all had moments where a blank stare at a nearby object sparks a moment of serendipity that inspires us to diverge onto a novel solution. The impetus for inspiration seems to be triggered by exposure to an environment in which convention and tradition have already been broken – this trigger, in turn, helps to stimulate our own creative juices.

It’s not all sunshine and rainbows in the messy camp though.

One of the arguments against having a messy desk is that people are less efficient, less persistent, and generally more frustrated than their neat-desked contemporaries, or at least give away that perception. There is some empirical evidence by Grace Chae and Juliet Zhu to support this. Similar to the experimental design by Vohs, participants were assigned to either a messy or clean office to complete a challenging yet solvable task (the dependant variable for any psych aficionados reading this). Interestingly, the results show that those who were exposed to neat condition stuck to their task almost twice as long as those within the messy condition. To explain this phenomenon, two psychological concepts are invoked; self-regulation (more commonly known as willpower), and locus of control (the extent to which we believe that we can control our our environment and outcomes).

The participants that were exposed to a messy office were strained by two factors that draw on self-control/willpower – the challenging task itself, and the cognitive dissonance created by exposure to the messy condition. In a simplistic sense, a messy workspace, whether self created or externally imposed creates a perception that you’re unable to control your environment which in turn, saps your ability to persist on a task.

But what about the other side of the camp?

People that maintain a prim and tidy desk are often said to be professional, efficient, and in some cases, more productive. Is this simply an artefact or a residual outcome of the halo effect, or is there something more going on?

We know that generally, a tidy workspace is not as conducive for creativity, relative to a messy or “inspired” workspace. But on the flipside, tidy workspaces have been found to promote more pro-social, and organisational citizenship behaviours.

For instance, in the same series of experiments outlined above, Vohs divided participants into orderly and messy offices and found that the participants within the orderly offices were found to be more charitable, and more well behaved within a tidy setting, relative to a messy office. The psychological explanation for the phenomena is that, when placed into neat workspaces, individuals are more likely to fall with convention and demonstrate behaviours that are expected within their social norm or professional setting. Either consciously or by way of a subconscious Vohs’s explains that:

A clean room sets you on the path of responsible thinking and healthy choices, but at the expense of creativity.

The bottom line & food for thought

Clearly there is virtue in both messy and tidy workspaces. Is it the case that non-creatives are tidy whereas creatives are messy? Well, you’re probably not going to find that you’re suddenly more creative because that desk hasn’t been tidied in a while – the science is clear that there is a relationship between workspaces and your behaviour, but its far from causal. Still, its pretty safe to say that if you’re daily work activities are largely creative, that you’re likely to benefit from a messy workspace. On the other hand, less creative endeavours or more routine and procedural tasks will benefit more from a neat and clean workspace. But there’s a catch – even if you creatively thrive in a messy workspace, a “controlled” messiness where your workspace doesn’t physically slow you down or cognitively sap your self-control resources is still desirable.

I also alluded to the fact that there are individual differences in how personality traits such as locus of control, and to a lesser extent, conscientiousness can moderate how the workplace influences us. So its not enough to say that all creative-types should be placed in messy and unorganised workspaces – understanding the individual psychological profile of an employee goes a long way too! Ultimately, it comes down to putting people first, towards a human-centred design, and an appreciation of the connection between the individual, the work space, and organisational policies. What about you? Neat or messy – which side do you fall under?

*A version of this article first appeared on www.ratemyspace.com.au